Introductions out of the way, this whole adventure started in earnest when I saw a post of a local retro computer Facebook group. One of the members was parting with his upgraded Amiga 1200. It looked to be in great condition and included most of the standard upgrades, such as a CompactFlash card-based hard drive, a Gotek floppy drive emulator, and an Indivision scan doubler. The price seemed pretty reasonable, all things considered, and an upgraded A1200 is pretty much the ultimate Amiga in my mind, so I was very tempted. Unfortunately, someone else had been quicker on the draw and already called dibs on the purchase. I watched the comments on the post for a week hoping the original poster would announce that it was still available but alas, no such luck.

This got me thinking more and more about finally getting an Amiga of my own to play with, which led to multiple deep dives into Amiga forums and groups. Thanks to my interest in retro computing I already had some familiarity with the awesome things people had been doing in the Amiga scene for the last decade or more – insane modifications like the Vampire series of FPGA based accelerators, for instance. Of course, there were also numerous other emulation options as well. The more I looked, the more options it seemed I had to choose from. 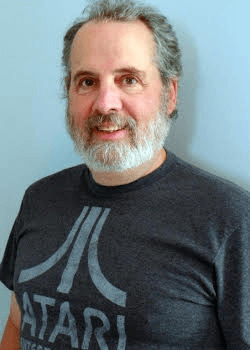 First and most obvious, acquiring an actual Amiga. There seemed to me to be a disconcerting number of challenges involved in collecting real vintage Amiga hardware, including the limitations of the stock hardware from the era, like having to rely on floppy disks, the seemingly bottomless money-pits that are collecting and aftermarket modification, the availability of this stuff here in the US where Amigas are far less common, worrying about exploding capacitors, smoking power supplies, and other issues related to the relatively ancient age of the hardware, the physical space being at odds with my recent efforts to downsize into my modest apartment, NTSC vs PAL issues, and a host of other video output concerns – I certainly didn’t want to have to track down a compatible CRT monitor, and much, much more. All in all, I decided to take getting a real Amiga off of the table.

The next option was hardware emulation. I haven’t ever messed with any of the newer FPGA based computers, though I attended a retro computer festival in my city last year and the MIST FPGAs as well as the newer MISTer FPGAs were fixtures in just about every booth at the convention, emulating various obscure machines to what seemed like a high degree of speed and accuracy. In fact, I attended a talk by Joe Decuir, one of the original Amiga hardware engineers, and he even shouted out the MIST Amiga core during his presentation. I’d heard a bit about them in the past, but I don’t think I ever realized how awesome they were until I saw them being used there.

Using a dedicated FPGA has numerous benefits over real hardware – a relatively tiny form factor, USB input compatibility and scaled VGA output meaning I can use my existing peripherals, swappable SD card based hard disks, “cores” that can emulate not only both older OCS/ECS and newer AGA Amigas, but also innumerable other platforms including the Amiga’s Commodore forebearers as well as its most compared rival, the Atari ST. You can also max out the virtual hardware on any of these platforms, emulating a stock Amiga 1000 running the oldest ROMs and OSes, or a super tricked out Amiga 4000 running newer, post Commodore ROMs and OSes. All in all, aside from being quite far from the experience of using real hardware, the quality of the emulation of the Amiga cores is the biggest concern. 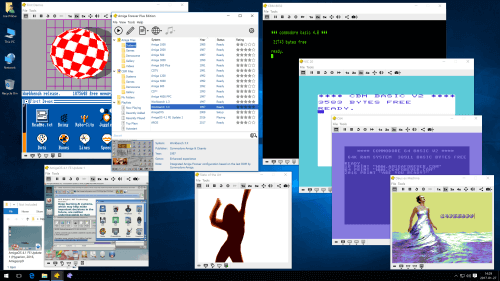 Finally, we have software emulation. WinUAE and its counterparts are all quite mature, which means that not only is emulation and the added modern utility excellent, but there’s also a huge user community out there for support. You also have all of the flexibility in emulation provided by the aforementioned FPGA options, and more. The usability of these platforms is, indeed, incredible. Of course, running a soft emulator on top of a modern OS, on totally modern hardware is without a doubt the most removed from the experience of using a real Amiga.

One middle ground that has gained a lot of popularity lately is building a dedicated Raspberry Pi based Amiga emulator. There’s an excellent UAE based Amiga emulator for ARM called Amiberry which, despite its popularity as a game emulator, can be used for emulating the entire environment. Indeed, there is even an entire distribution dedicated to the cause, Amibian. While you don’t get the other cores or the performance of using an FPGA (or even emulation on a modern, higher end PC) you do get a nice, unobtrusive, dedicated piece of hardware beautifully aping an Amiga.

At the end of the day I decided to go the FPGA route. While the newer MISTer might be a better long term choice with its superior hardware and more active development community, the original MIST’s lower cost of entry, simple operation, and native VGA output won me over, at least for getting my toes wet into the world of FPGAs. I also bought a copy of the latest Amiga Forever, since it seems like a little bit of software emulation can be helpful in supporting any of the above efforts, and, controversy aside, there’s nothing wrong with having “legal” copies of the various Amiga ROMs and Workbench versions it comes with. I’m also still intrigued by the idea of building a dedicated Amibian-based Pi. Given its tiny cost of entry, I think it’d be a fun little project to document here.

So, with that, the journey is off to a start!

—
1. Joe Decuir is the man. Involved in the Atari 2600, Atari 8 bit PCs, and the Amiga chipset, but also newer technologies like USB and Bluetooth.
2. A stock screenshot of Amiga Forever being used in a totally unrealistic way. Yay!